Are Gushers Vegan? Find Out Here! 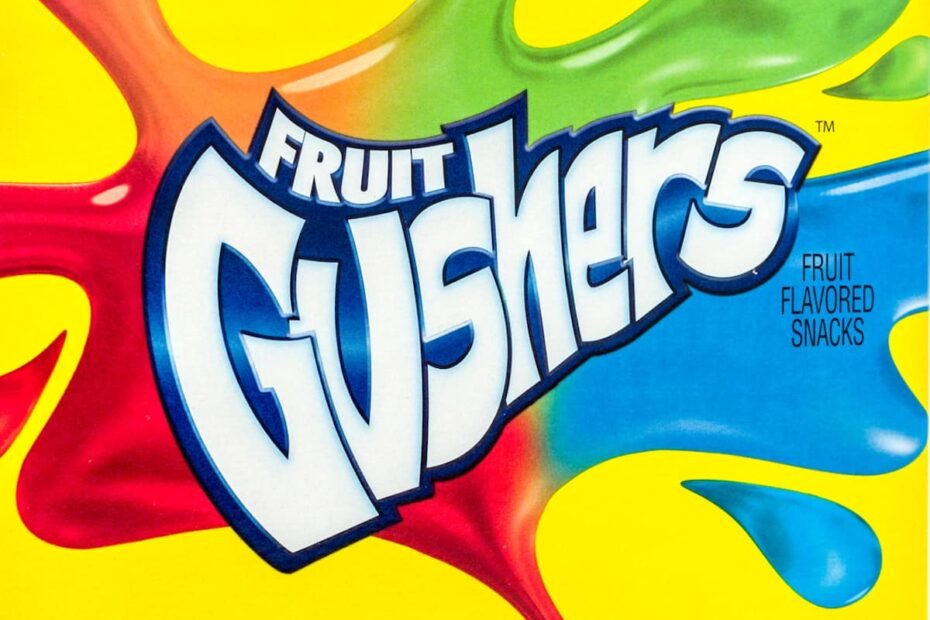 However, it never occurred to me that they consumed no animal products. I am positive that I recall reading somewhere that they included gelatin or some other substance. But no!

Fruit Gushers are vegan. They do not include any components that are produced from animals in any way. Fruit Gushers have a few substances that raise ethical concerns, such as palm oil and artificial colors, among other things. Even though palm oil is RSPO-certified and hence OK for vegans, ethical vegans should not consume Fruit Gusher since it contains artificial colors.

Carrageenan was used instead of gelatin, which came as a complete surprise to me, given the nature of the product, which seemed more like it should have contained gelatin. Although some people have issues with carrageenan, I have no problem with it. If it is included in a product, it almost often indicates that it is used as a vegan substitute for gelatin that does not come from the bones of animals. Because carrageenan is vegan and the company decided to utilize it instead of other ingredients, Fruit Gushers are suitable for vegans.

Find out whether Motts gummies are vegan or not!

What are gushers made of?

Although there is some indication that some food colorings have been tested on animals in the past, no recent studies have reported on these experiments.

Find out whether Crayola makes vegan markers or not!

The sugar utilized in the production of Fruits Gushers is beet sugar, which is completely acceptable for consumption by vegans. Although this caution is clearly mentioned, it does not provide any information about the kind of sugar utilized in nations other than the United States. As contracts to create Gushers in various locations around the UK are auctioned.

The confectionery sector is facing a significant challenge in the use of sugar. Cane sugar that has been refined is the type of sugar that is most commonly utilized. Cane sugar in its raw form is OK for consumption by vegans; however, processed cane sugar presents a problem for many.

The raw cane sugar is bleached during refining to make the candy fit better. Additionally, bone char made from previously slaughtered cows is typically used. The vegan community is now discussing this problem at length, which is one reason why many vegans avoid refined cane sugar.

Compared to the United States, the European Union (EU) has a number of regulations that are significantly more stringent regarding the disclosure of components. In the United States, modified corn starch does not have a sinister ring.

Indeed, using genetically modified ingredients in foods is not always ideal. However, making popular fruit snacks out of genetically engineered starches is an unfortunate side effect.

The enormous amount of herbicide required for producing GMO crops is yet another problematic component of these crops. It can potentially disrupt the local ecology, which will have a devastating effect on the natural world.

Another contentious component of vegan products is palm oil, a frequently debated subject within the vegan movement. The primary cause for this is the significant deforestation that is now taking place, which has deprived creatures like orangutans and rhinos of their natural habitat.

The cruelty shown toward animals has infuriated members of the vegan movement, and as a result, many vegans try to steer clear of products that use palm oil altogether.

According to the standards set by the government of the United States, these are suitable for vegans and vegetarians.

Find out whether Lay’s are vegan or not!

Does everyone throughout the world consume vegan gushers?

General Mills produces Fruit Gushers, but when sold in other countries, they are occasionally branded as being produced by Betty Crocker. However, Betty Crocker is only one of the trademarks produced by General Mills, so you shouldn’t be concerned if the labels are different.

Find out if Twinkies are vegan or not!

Where can you buy vegan gushers?

They may be purchased at most supermarkets and other food retail establishments in the United States, including dollar stores like Family Dollar. It is not usually the case, but you can find them in stores like CVS and Walgreens. You may also get them through Amazon, where they are, at least in comparison to the locations where I’ve seen them in person, available for a lower price online than in person. You can view the price by clicking here. Even if it seems unusual, they are sold by Gushers themselves, which means they are unquestionably the same as what is offered in stores.

Find out whether Biscof is vegan or not!

Compared to other sweets of its kind, Gushers are vegan-friendly in a significant way. You might as well eat Gushers if you have to consume sweets despite being aware that candies include many manufactured substances.

They include a relatively small amount of substances that are not vegan. To begin, Gushers do not include gelatin in any form. The remaining problematic elements are all very contentious for various reasons.

There is no way for you to tell whether or not the glycerine utilized in Gushers comes from an animal or vegetable source. In the same vein, you are unaware of this truth regarding using artificial sugar, monoglycerides, and modified corn starch. All questions are nothing more than wild guesswork.

Even though many vegans are under the impression that Gushers unquestionably make use of castoreum as a natural flavoring, This might be real or false. You can never tell.

Suppose you are concerned about the serious effects that the proliferation of palm oil plantations would have on the environment. In that case, you could decide to avoid Gushers and a wide variety of other food products. This explanation is quite reasonable. Many people steer clear of artificial colors because of the unethical problems they cause in animal experimentation and their negative consequences on human health. People also prefer to avoid using makeup items with artificial hues, similar to how they feel about candy.

Gushers are not completely free of animal products. You must be aware that many meals produced in factories may never be.