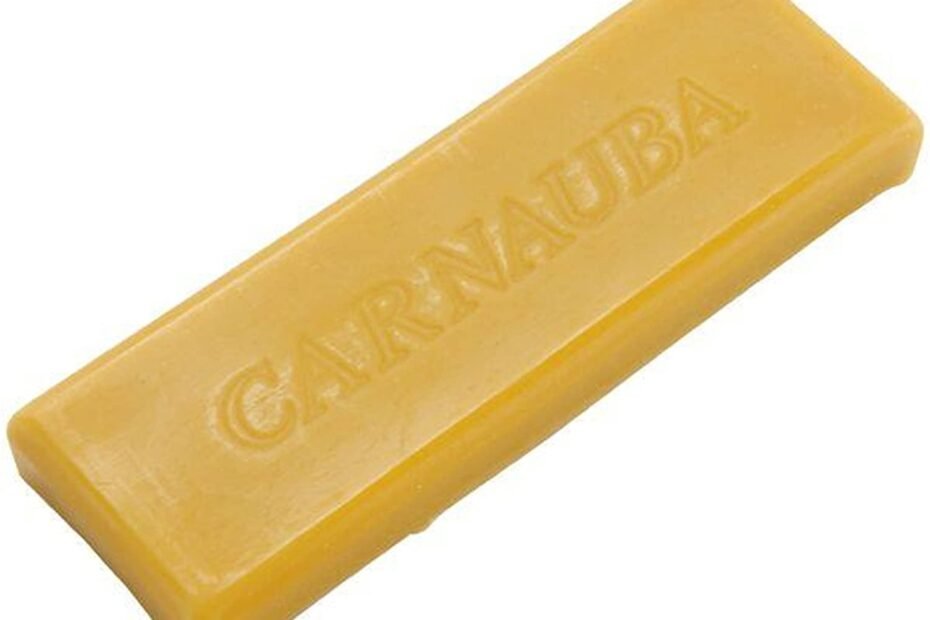 Carnauba is a natural vegetable oil that has many commercial applications. It can be found in cosmetics, food, medicine, automotive wax, shoe polish, and more. Since this versatile substance has potential applications in a wide range of consumer goods, the question of whether or not carnauba wax is vegan emerges naturally.

What is carnauba wax?

On the surface, carnauba may seem vegan because it’s made from the Copernicia prune palm tree leaves. However, the material can be found in the leaves of palm trees during drought. Wax is harvested by beating dry leaves till the wax peels off. Next, the flakes are gathered, cleaned, and stored.

The flake is ground up into fine dust using aliphatic solvents. Petroleum-derived products such as paraffin and iso-paraffin are commonly used to dissolve the flake. Carnauba is usually mixed with other natural and synthetic materials to create a product suitable for vegans.

In rare cases, the carnauba wax is pre-mixed with solvents. Sometimes non-vegan ingredients, such as beeswax, are added to carnauba wax.

Since beeswax is derived from bees and the extraction process can be harmful to bees and exploitative, neither beeswax nor any carnauba wax products using beeswax should be considered vegan.

Completely vegan carnauba wax can be found, but because it is commonly added to meals and other products, it might be tricky to avoid when shopping for packaged goods. Pay close attention to the warning labels.

What are the potential uses of carnauba wax?

Carnauba wax is added to wax blends to increase their melting points and make them more durable.

Even if carnauba wax is stated as an ingredient, you may not know what else is in it. You might want to avoid anything containing this wax if you’re vegan.

Carnauba and its Influence on the environment.

Given the widespread deforestation in the Brazilian Amazon over the last few decades, the cultivation of carnauba palms in the country’s northeastern region should set off warning bells for anyone interested in protecting the environment. Although it’s hard to avoid totally (or even police), programs like the Initiative for Responsible Carnauba exist to help both buyers and sellers of carnauba wax make more ethical and ecologically responsible choices. One such initiative is the Responsible Carnauba Initiative.

Workers usually only take 10–20 pieces of bark off a tree at a time to minimize the environmental impact of carnauba wax extraction. This is on the assumption that depriving a tree of its leaves could lead to its untimely demise. The local environment and other plants that rely on palm palms may also suffer.

The fact that carnauba wax originates from a plant and that no animals are directly injured in the production process is enough to convince many vegans that the wax is suitable for vegans and that it is OK to use. For many vegans, these simply side problems. In the same way that there is cause for concern over items that include palm oil, there is likely to be concern among certain individuals regarding any products that contain carnauba wax. These individuals may fall towards the more ethical end of the vegan spectrum.

Deforestation is an ever-present problem that must be considered when planning food production. This holds especially true for carnauba wax in Brazil. Companies that gather carnauba wax are notorious for clearing forests in the country’s northeast for agricultural purposes, and their employees often face dangerous working conditions and little pay.

Find out whether dark chocolate is vegan or not!

Carnauba wax and its moral implications.

The Rhodnius prolixus insect lives in Carnauba palm trees. Parasites carried by bloodsucking insects cause the Chagas disease, and its symptoms can vary from mild to severe if not treated. Even though any traces of insects will be eliminated during the refining process, those who engage in agriculture cutting and treating the palm and those who work with the wax before refining are still at risk.

Because of this issue, more pesticides are used to rid trees of insects. The extensive use of pesticides can endanger the local ecosystem by poisoning the soil, water, and native plant life. Damage to the soil and water supply could render the land unfit for agriculture, necessitating the clearing of additional areas for farming carnauba palms.

Additional issues include claims that carnauba plantations workers are subjected to inhumane conditions, including being forced to perform backbreaking manual labor for poor pay, sleeping in the open or on vehicles, and lacking access to basic sanitation and clean water.

Although carnauba wax may be vegan, it is not without its drawbacks. Despite these worries, carnauba wax, being derived from plants rather than beeswax or petroleum, is a more environmentally friendly wax option. You can use the dried leaves for thatching, making baskets, or even making clothes. Carnauba tree fruit can be fed to animals. The tree itself can produce significant amounts of wax.

The Carnauba Wax Initiative aims to improve the quality of carnaubas sourced from Brazil through improved social and environmental standards. The current project’s goal is to

While using carnauba wax, a plant-based wax, raises ethical and sustainability problems, there is a reason for optimism, given the greater monitoring and backing of international groups that can also hold the Brazilian government more accountable.

Find out whether Corona beer is vegan or not!

Can vegans use beeswax?

To what end is honey not suitable for vegans?

Vegans oppose or seek to restrict any use of animals for human gain, and this includes beekeeping. Thus, most vegans don’t eat honey. Some vegans don’t consume honey to show solidarity with the bees and protest against harmful conventional beekeeping methods.

For what reason is wax not suitable for vegans?

Paraffin waxes are manufactured from petroleum, so it is vegan. However, it is too soft to use for candle making. Because of this, it is common practice to incorporate a trace quantity of stearic acid into the wax mixture to lengthen the burn period and fortify the ideal substance. However, this stearic acid is not vegan because it is derived from animal fat.

Is there a way to tell if coconut wax contains animal products?

Coconut wax is biodegradable and nontoxic (high crop renewal and yield per acre). The extraction of coconut wax is completely chemical-free. Unlike other natural waxes, coconut wax doesn’t harm animals.

To get beeswax, do people murder bees?

Some vegans may object to commercial beeswax harvesting because they believe it violates the vegan tenet that no animal or plant products should be harmed. However, there is always the risk of accidentally killing a bee when harvesting. Thus, many vegans avoid using anything containing beeswax.

Use of beeswax: unethical or not?

Beeswax is not a cruelty-free product. Production of beeswax from factories is a real thing. Many natural and healthy cosmetics, notably lip balms, now include beeswax as a safe and common ingredient. Bees require their beeswax, despite its widespread use as a green substitute for petroleum-based items.

In other words, does carnauba wax come from animals?

Carnauba wax, also known as Copernicia prunifera wax, is a hard wax harvested from Brazilian palm leaves. Simply put, it is the most valuable plant wax in business.

Do Gummy Bears have carnauba wax?

Find out if Doritos are vegan or not!